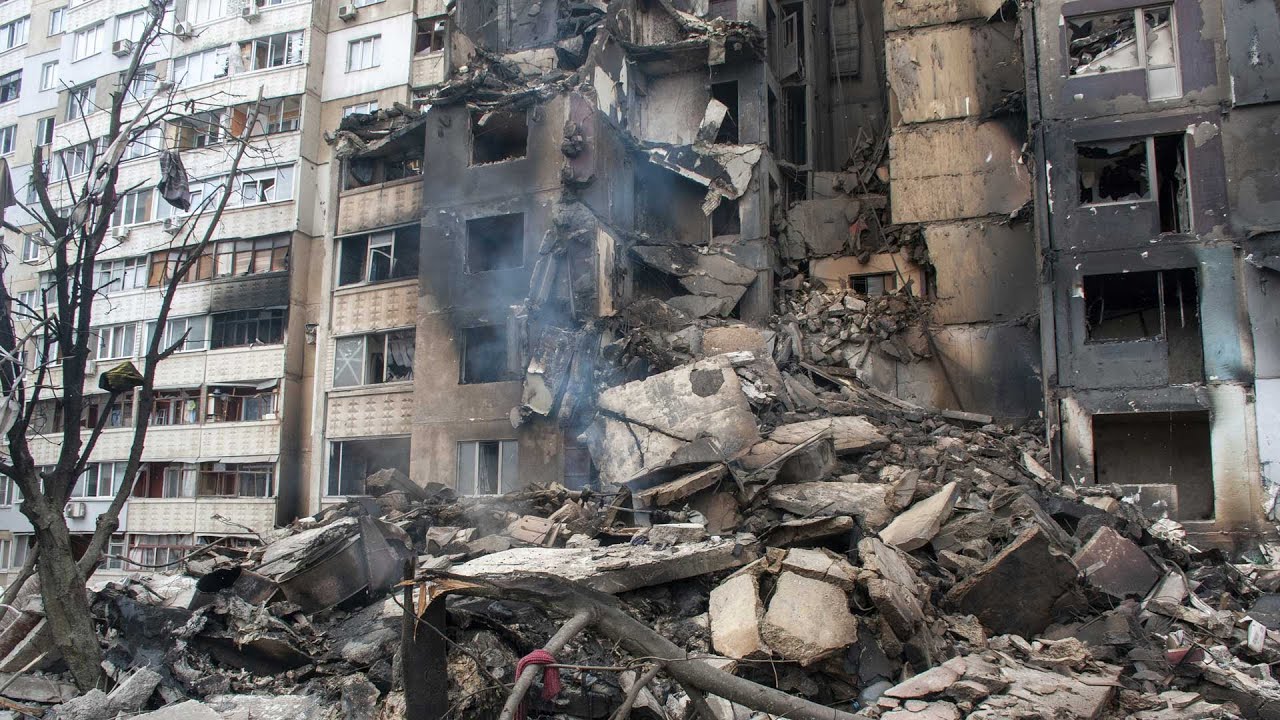 1.  AFU continue to terrorize the civilian population in Donbass with the help of NATO

Armed Forces of Ukraine or AFU are inflicting massive artillery strikes on residential areas and civilian infrastructure in the DPR, which are not military facilities.

During the July 9th, according to information from the Joint Coordination Center (JCC) of the DPR, the enemy fired more than 160 shells by using Uragan and Grad MLRS, 155mm (NATO-made), 152mm and 122mm barrel artillery, as well as 120mm mortars.

The shelling took place in fourteen settlements of the DPR. Eight civilians were wounded as a result of the shelling. Thirteen residential buildings and three civilian infrastructure facilities were damaged.

During last three days AFU fired more than 750 shells against the DPR killing 11 people, including three small children on the kid’s playground, and wounding 37.

It is a state-sponsored terrorism, encouraged by the USA and other NATO countries.

“Kyiv regime” cut off gas supply to the Zaporozhye region. This was announced in his Telegram channel by the head of the local military-civilian administration Yevgeny Balitsky. He stressed that experts examined the pipe and concluded that there was no damage.

“We understand for sure, we were turned off. The Kiev regime does not need the Zaporozhye Region, neither in people, nor in the region. These are their methods, which they used in the Crimea. Methods of genocide – turning off people’s water, gas, electricity,” Balitsky said in his address.

A comment: this is a traditional method practiced by ultra-nationalist Kiev regime. Constant shelling of water and gas pipelines in Donbass by AFU is a strategy pursued by Zelensky. For the last eight years Ukrainian presidents blocked water supply to the Crimea via special canal.

He added that the authorities of the Zaporozhye Region appealed to the Russian government with a request to supply electrical appliances and help in the current emergency.

3. Humanitarian and other issues

On July 9 the Joint Coordination Headquarters (JCHQ) of the Russian Federation for Humanitarian Response issued a statement of the developments in this domain.

The JCHQ continues to record the facts of the inhumane treatment of civilians and use of educational institutions for military purposes by AFU:

a) in Viry, Sumy region, in a school, foreign mercenaries have deployed their manpower, armament and munitions depots, as well as hardware and artillery near the educational institution;

b) in Krivoy Rog, in the gymnasium №44 (V.Skripki Street), Ukrainian nationalists have deployed their armoured equipment, artillery and MLRS, as well as observation posts around the perimeter of the educational institution;

c) in Kharkov, in the school №165 (Metrostroiteley Street), militants of Kraken nationalist battalion have deployed their manpower, a strongpoint with armament and munitions depots;

d) in New York, Donetsk People's Republic, in the school №17 (Shkolny Alley), units of the AFU have deployed their strongpoint with armament and munitions depot, as well as armoured equipment, MRLS and artillery at the adjacent territory, while the approaches to the educational institution have been mined and the local population has intentionally been left uninformed.

Despite the repeated statements made by the JCHQ this kind of facts of inhumane treatment to the civilian population remains neglected by the international community and organizations.

It has been reliably elicited that the Ukrainian authorities ordered to conduct punitive policing in Nikolayev in order to detect and publicly punish pro-Russian citizens, as well as individuals who show their dissatisfaction with the policies of the Kiev regime.

With this purpose, employees of the Security Service of Ukraine and up to 500 militants from Tsunami nationalist battalion have arrived in Nikolayev from Kiev, Odessa and Lvov ready to carry out this kind of intimidating campaigns.

The major cynicism of this kind of inhumane acts lies in the readiness of the Kiev regime to sacrifice the lives of their own citizens in order to reach this asset that completely copies the methodology practiced by Nazis at the occupied areas during the Great National War.

In addition, according to the available information, various employees of the Main Intelligence Directorate of the Ukrainian Defence Ministry are drug addicts and have a wide criminal experience: convictions of robberies, thefts, arms trafficking, burglaries, infliction of grave bodily injuries and rapes. This is the way persistent criminals have legally covered under the AFU. These facts have proved that the inhumane provocations, including those that cause deaths among civilian population, are planned and held by individuals with criminal experience. At the same time, the cases of mockery and tortures carried out by the Kiev regime against its own people have been registered and proved enough.

These crimes are being investigated in detail, the delinquent will no doubt receive their punishment.

In total, since the beginning of the special military operation, 2,409,234 people have already been evacuated to Russia, including 379,227 are children.

4. Situation in the Black Sea

In addition, 70 foreign vessels from 16 countries remain blocked in six Ukrainian ports by Kiev who refuses to deactivate sea mines it had places on a massive scale (Kherson, Nikolaev, Chernomorsk, Ochakov, Odessa and Yuzhniy). The threat of shelling and high mine danger posed by official Kiev prevent merchant vessels from entering the high seas unhindered. The danger to navigation from Ukrainian mines drifting off their anchors along the coasts of Black Sea states remains. The Kiev authorities continue to avoid engaging with representatives of states and ship-owning companies to resolve the issue of ensuring the safe passage of foreign vessels to the assembly area.

Between February 25 and March 4, 2022, the remnants of the Ukrainian navy's mine clearing forces planted about 420 sea anchor mines of the YaM-1 type in the waters of Black and Azov seas, including 370 such mines in the Black Sea

Since April 1st, 2022 the Armed Forces of the Russian Federation have opened two maritime humanitarian corridors that constitute safe passages for navigation, including:

a) in the Black Sea (every day from 08:00 AM to 07:00 PM) to leave Kherson, Nikolaev, Chernomorsk, Ochakov, Odessa and Yuzhnyi ports towards south-west from Ukraine's territorial sea, 139 miles long and 3 miles wide;

b) in the Sea of Azov (uninterruptedly) to leave Mariupol port, 115 miles long and 2 miles wide, towards the Black Sea.

Detailed information on the modus operandi of the maritime humanitarian corridors is broadcast daily every 15 minutes by VHF radio on 14 and 16 international channels in English and Russian.

The Russian Federation is taking a full range of comprehensive measures to ensure the safety of civilian navigation in the waters of the Black Sea and the Sea of Azov.

5. The Pentagon provides another military package to Ukraine for $400 million

Four HIMARS (High Mobility Artillery Rocket Systems) MLRS mounted on a wheeled chassis, ammunition for them and artillery shells, among other things, were included in another US military assistance package to Ukraine for $400 million, the US Department of Defense announced on July 8.

The DoD said that they continue to train Ukrainian military personnel in the use of HIMARS in combat.

Military expert Boris Rozhin commented on the supply of new missiles for the HIMARS MLRS with a range of up to 300 km. He believes that the announced deliveries hint at the preparation of strikes deep into Russian territory.

A comment: such a possibility exists. It will be unverifiable to check HIMARS’ maximum firing ranges – 80 or 300 km.

In Nikolaev, Odessa, and Kharkov regions the Ukrainian armed forces continue to build fortified zones and deploy weapons, which can reach the liberated territories of the DPR, said Viktor Vodolatsky, first deputy chairman of the Duma committee on CIS affairs, Eurasian integration and relations with compatriots. “And it will be able to shoot at the territories of Russian cities – Belgorod, Bryansk, Kursk regions. Therefore, the task today is to make sure that the weapons that are supplied by the West are pushed back to a distance so that they do not reach the border of the LNR and DNR, and, naturally, Russia,” the deputy specified.

He also noted that the LNR units will start helping the Donetsk People’s Republic to liberate Kramatorsk, Slovyansk, Avdiyivka and help the republic to enter its administrative borders.

The Russian Defense Ministry has reported that the Ukrainian neo-Nazi Kraken battalion has refused to follow orders from the command.

According to a statement by the Russian Defence Ministry, the personnel of the Kraken battalion were ordered to move to the town of Pokrovske (Kharkov Region). However, the fighters refused to carry out the command’s order.

“Thus, on July 7, the 226th battalion of the Ukrainian nationalist formation Kraken was ordered to move from Kharkov to the area of the village of Pokrovskoye – to the subordination of the Soledar operational tactical group. However, the nationalist commanders and the militants refused to carry out this order,” the ministry said.

The Russian Defence Ministry also noted that an order had been sent to the battalion “to shorten the treatment of wounded servicemen and send them without rehabilitation to make up for unit losses in combat areas.”

The Defence Ministry concluded that the cases of the National Battalions sent to the front line by the Ukrainian Armed Forces, which previously performed the tasks of barrier troops in the rear areas, indicate an acute shortage of personnel in the first-echelon units.

7. Situation on the battlefields

The Armed Forces of the Russian Federation continue the special military operation in Ukraine. The enemy suffers considerable losses on all fronts.

Attack launched at the positions of 99th Mechanised Battalion from 61st Chaser Infantry Brigade of the Armed Forces of Ukraine (AFU) near Bereznegovatoye (Nikolayev region) has resulted in the elimination of over 75 nationalists and about 30 armoured and motor vehicles.

High-precision attack launched by Russian Aerospace Forces has resulted in the neutralisation of provisional base deployed by Tornado nationalist battalion near Zelenodolsk (Dnepropetrovsk region). Over 40 militants and up to 10 units of armament and military equipment have been eliminated.

Dure to numerous losses and desertion, units of 127th Territorial Defence Brigade deployed in Kharkov are being manned by former criminals.

Attack launched by Russian Aerospace Forces at the positions of an artillery battalion from 72nd Mechanised Brigade of the AFU deployed near Soledar, over 30 per cent of personnel have been eliminated and the major part of artillery guns have been neutralised.

High-precision attack launched by Russian Aerospace Forces has resulted in the elimination of a hangar that stored M-777 U.S.-manufactured 155-mm howitzers and up to 30 Ukrainian militants who had been shelling residential areas of Donetsk.

Operational-tactical and army aviation, missile troops and artillery have neutralised 22 command posts, including those of 98th Battalion from 108th Territorial Defence Brigade near Novovorontsovka (Dnepropetrovsk region), 16th Mechanised Brigade near Pokrovskoye (Donetsk People's Republic), artillery units at their firing positions in 72 areas, as well as AFU manpower and military equipment in 117 areas, including 2 bases of foreign mercenaries deployed near Kharkov.

Su-35S and MiG-31BM aeroplanes of Russian Aerospace Forces have shot down 2 Su-25 of Ukrainian Air Force near Bereznegovatoye and Chervonaya Dolina (Nikolayev region).

8. British journalist: The West deliberately does not notice the crimes of Ukraine in Donetsk

“It is the Ukrainian side that has been killing civilians here for years, and this is not reported in the West,” Miller told the journalist. He focused on the fact that the collective West purposefully does not notice the criminal actions of the Kyiv regime, exposing Russia as an “aggressor”. Miller said that the Ukrainian artillery had been organizing and continues to organize acts of terror against civilians in Donbass for a long time.

“This is the first war in Europe in a long time, and there is not a single British or American journalist here! Because if they were here, they would have to report that Ukraine is shelling them here,” the journalist said.