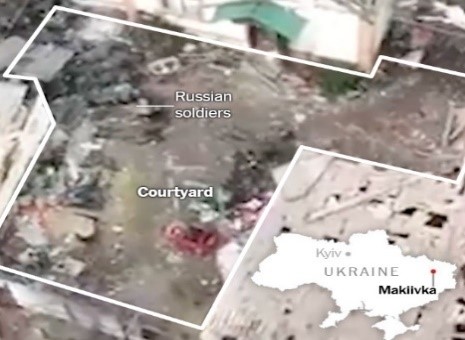 On November 22, Russian State Duma, the lower House of the Russian Federal Assembly unanimously adopted the statement calling on the parliaments of the countries of the world to unambiguously condemn the crimes of the Kiev regime. Its full text is posted below:

”Deputies of the State Duma of the Federal Assembly of the Russian Federation were indignant at the news of yet another bloody crime committed by the Kiev regime: the shooting of Russian servicemen who had been taken as prisoners of war. The cold-blooded murderers who opened fire on unarmed, lying prisoners were so confident of their impunity that they videotaped their crimes. The footage of the sadistic massacre, which became public, once again confirmed the Nazi nature of the Kiev government, which has long encouraged murder, torture, and mockery of civilians and POWs.

The Deputies of the State Duma call on the parliaments of the world's countries to unambiguously condemn the crimes of the Kiev regime and to help to bring the direct perpetrators of the inhuman murder and their patrons to justice.

Once again, we invite the collective West to refuse to support neo-Nazi ideology and the implementation of its principles in the activities of today's Ukraine, whose leaders are pushing the world toward global disaster through their provocations and escalation of violence.“

During the debate the Deputies promised to punish not only the killers of these POW, but the commanders of the killers, including the C-in-C of the AFU, as well. Russia will search for the killers of Russian prisoners of war, they must be found and punished, Kremlin spokesman Dmitry Peskov said on November 21."Of course, Russia will search for those who committed this crime on its own. They must be found and punished," Peskov told reporters.

Vyacheslav Volodin, the head of the State Duma said that such crimes are being done by fascists, and president Zelensky should be sent to a special tribunal.

The Russian Investigative Committee opened a criminal investigation on November 18 into the execution of Russian POWs by the Ukrainian military. The committee said that Russian military investigators were also taking measures to identify individuals who captured the footage of the execution.

UN Spokesperson Farhan Haq said the same day that the United Nations was calling for a full investigation of all reported human rights violations in the context of more than ten brutally executed Russian POWs by the Ukrainian side.

Russia has sent a letter to UN Secretary-General Antonio Guterres on the issue of inhumane treatment of Russian POWs by Ukraine and asked the top official to circulate it as an official document of the UN Security Council and General Assembly.

By comparing the videos to satellite imagery, The NYT confirmed that the videos had been filmed at a farmhouse in the village of Makeevka. Some of the videos are part of a series of four drone videos circulated on November 12 by a pro-Ukrainian Telegram Channel reporting the recapture of Makeevka, the newspaper said on November 20.

"It looks like most of them were shot in the head," Dr. Rohini Haar, medical adviser at Physicians for Human Rights, told the newspaper, adding "There are pools of blood. That indicates that they were just left there dead. There appears to have been no effort to pick them up or help them." They’re considered hors de combat, or noncombatants — effectively prisoners of war, the medical adviser stressed.