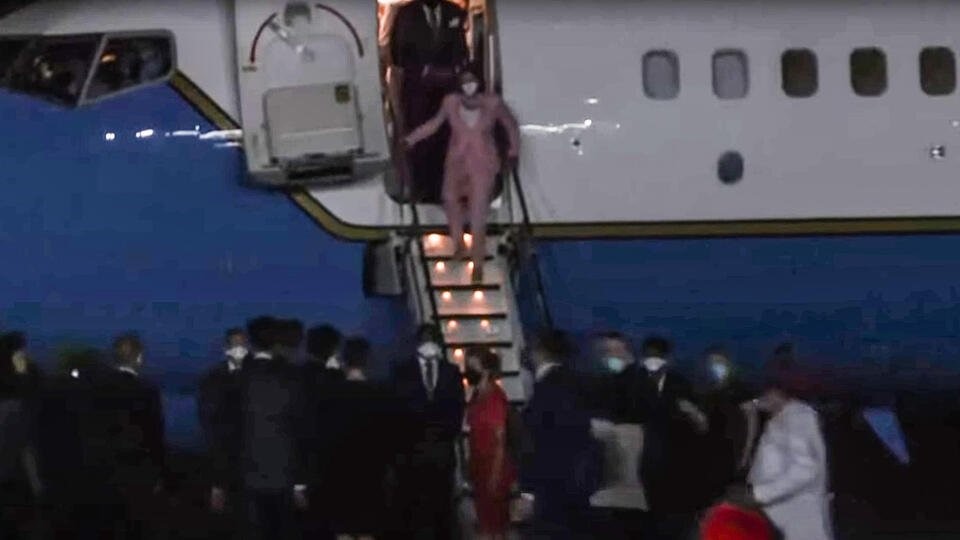 On August 2, Speaker of the U.S. House of Representatives Nancy Pelosi visited Taiwan.

During the meeting with Taiwanese President Tsai Ing-wen, she said that Washington would not relinquish its commitment to Taipei, calling her visit "part of a larger struggle for the future of democracy." In a post-arrival Washington Post article, the American politician expressed admiration for "Taiwan's commitment to a democratic government", and concern over the sharp rise in tensions in the region in recent years.” The reason for the "great hype" around the visit to Taiwan, she identified "the position she holds."

The world community closely watched the progress of the visit. Among the consequences of this obscure demarche was even the possible unleashing of a third world war. The PRC prudently did not take aggressive action, but obviously plans and implements adequate responses.

In a briefing broadcast by CNN, John Kirby, the White House National Security Council's strategic communications coordinator, said the USA "will continue to support Taiwan, defend a free and open Indo-Pacific, strive to maintain communication with Beijing," while excluding the possibility of armed confrontation. He added that the recent visit does not mean a violation of China's territorial sovereignty.

On the same day, the official website of the Chinese Foreign Ministry published the country's unequivocal position on Pelosi's visit, which was declared a major political provocation and a serious violation of China's sovereignty and territorial integrity.

China's Xinhua News Agency quoted National Foreign Minister Wang Yi as saying that Beijing would leave no room for Taipei's pro-independence forces to act. He emphasized that the reunification of China with Taiwan is a historical inevitability, and attempts to use the island to contain China are doomed to failure.

The Wall Street Journal reports that Chinese officials, including CCP leader Xi Jinping in a telephone conversation with President Biden, warned the US against Mrs. Pelosi's visit to Taiwan. After her arrival in Taipei, Beijing said it was preparing live-fire military exercises this week.

in the areas surrounding the island. In turn, in an interview with the British edition of The Guardian, Chinese Ambassador to the UK Zheng Jieguang warned London against trying to repeat the precedent set by the United States. “Such visits will be regarded as interference in China’s internal affairs and will lead to to serious consequences in Sino-British relations."

The American edition of The New York Times wrote that Pelosi's act is reckless, risky and irresponsible. Her ill-advised visit to Taiwan will not make the world a safer place. On the contrary, the US will have even more problems not only with China, but also with its "closest ally" - Russia. Earlier, Biden and his national security adviser Jake Sullivan held a series of meetings with the Chinese leadership, pleading with Beijing not to enter the Ukraine conflict. The editorial noted that China has refused military assistance to Putin, while the United States and NATO have provided Ukraine with a significant amount of weapons that have caused damage to the armed forces of Russia, supposedly an ally of China. It is clear that Pelosi's provocative actions will be followed by a revision of the hard-won agreements.

Readers of the website of the Japanese TV channel NHK were also distrustful of the visit of the Speaker of the U.S. House of Representatives Nancy Pelosi to Taiwan. Many speculated that the move would exacerbate the situation in the region. The Japanese are concerned that the United States is using the island to provoke the PRC, just as they used Ukraine to provoke Russia.

In 1995-1996, the so-called "Taiwan crisis" occurred, when, as a retribution for the visit of the president of the partially recognized state of Shanghai to the States, China launched missiles off the coast of the island. Only after sending a group of US Navy warships to the region did China retreat. Today, the Biden administration is in a predicament in a hypothetical confrontation with a stronger Beijing. An attempt to demonstrate impunity and permissiveness will inevitably lead to a fall in the authority of the United States.

The visit took place despite the attempts of the coordinator of the U.S. National Security Council J. Kirby to soften the rhetoric and to prevent the escalation of tensions in bilateral relations in connection with the "Taiwan tour" of the Speaker of the House of Representatives of the National Congress. Leveling the consequences of Pelosi's "demarche", he stated that Beijing exaggerated the consequences of the visit of a third official of the American state and the U.S. commitment to the "one China" policy. However, after several days it became obvious that Washington has nevertheless embarked on the path of a new political confrontation with the PRC.

Chinese media outlet South China Morning Post (SCMP), citing an official representative of the Eastern Theater Command of the PLA, announced the exercises scheduled for the near future, the purpose of which is "preparation for operations to protect and blockade the self-governed island by the combined forces."

Traditionally, the USA does not intend to strengthen its leading position in the international arena alone. How many times the beneficiaries justify the creation of a real threat of a large-scale conflict with the fabricated need to fight for the “triumph of world democracy”. Thus, members of Formosa, an informal association of legislators from European countries, Canada and the European Parliament, pledged to "support Taiwan" through "regular visits, joint dialogues or cooperation." In turn, Bundestag member Holger Baker announced that a German parliamentary delegation would visit Taiwan in the first half of October 2022. In November-December, a group of members of the British House of Commons, headed by the chairman of the Foreign Affairs Committee, Tom Tugendhat, intends to arrive on the island.

All previous and future visits of politicians from NATO countries to Taiwan show that the Western community began a new policy: to tie up Taipei to Washington, London, Berlin, etc. via “parliamentary diplomacy” blocking potential unification of the PRC with Taiwan.

The similarity of the methods used by the Americans to ensure dominance in various regions of the world, their direct disregard for the principle of the indivisibility of security, are clearly manifested as in the situation around Ukraine, and in relation to Taiwan. Through Washington's promotion of a "free and open Indo-Pacific" strategy aimed at creating narrow-bloc structures and pushing NATO into Southeast Asia, it reduces the level of collective security. Experts agree that the consequences of such a U.S. policy are aimed at inciting an armed conflict in the Asia-Pacific region.

“The situation in Ukraine shows that the United States is attempting to draw out this conflict. It acts in the same way elsewhere, fomenting the conflict potential in Asia, Africa, and Latin America. As is common knowledge, the USA has recently made another deliberate attempt to fuel the flames and stir up trouble in the Asia-Pacific. The US escapade towards Taiwan is not just a voyage by an irresponsible politician, but part of the purpose-oriented and deliberate U.S. strategy designed to destabilize the situation and sow chaos in the region and the world. It is a brazen demonstration of disrespect for other countries and their own international commitments. We regard this as a thoroughly planned provocation”.