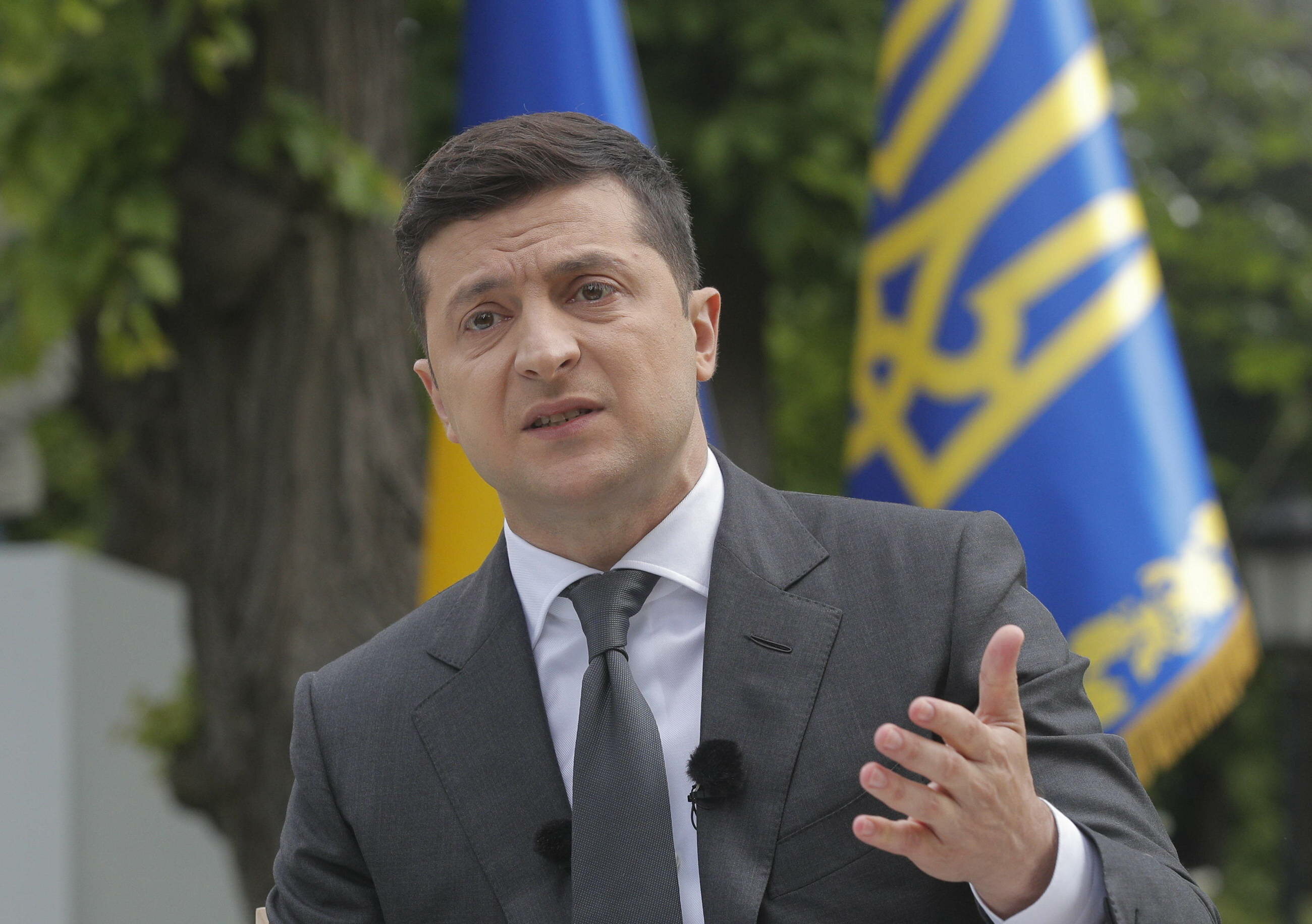 On August 8, in an interview with a Washington Post journalist, President of Ukraine V. Zelensky revealed a way to "stop Russia from further annexing the territory of a neighboring country."

In his opinion, Kyiv's Western partners should close their borders to all Russian citizens. In addition, he proposed to return all Russians who had previously gone abroad to their homeland. Zelensky is sure that “being deprived of the opportunity to relax in the resorts of the countries of the collective West, the Russians will immediately understand that their leader is bad and, left without cocktails on warm beaches, they will immediately overthrow Putin. Speaker of the Verkhovna Rada R. Stefanchuk on the website of the Parliament of Ukraine expressed admiration for Zelensky's proposal and, in obscene form, invited all Russians to return to the USSR. Offering to punish people only on the basis of having a Russian passport or knowing Russian language or professing Orthodox Christianity, the Kyiv regime has fully revealed its true ultra-nazi face, demonstrating the falsity of earlier statements that they were supposedly “fighting not with the people, but with the invading army.”

Following such logic, the world community should have resisted to three Ukrainian armed aggressions against Donbass that last since 2014 till nowadays.

Representatives of the Russian opposition were the first to become active against the agenda announced by Kyiv, many of whom, hiding from responsibility for the criminal offenses committed, had already left the country and settled abroad. If earlier they took a position of unconditional support for Ukraine, now, in the hope of avoiding a fair trial, they condemned the Kyiv regime, finally discovering there are parallels with fascism in its decisions. In a similar vein, journalist A. Nevzorov, businessman E. Chichvarkin, blogger M. Katz, former politician L. Volkov, lawyer M. Feigin, writer D. Bykov, public figure M. Khodarkovsky and others spoke in a similar vein.

In turn, the heads of some European states launched a kind of campaign to translate the calls of the Ukrainian leader into reality. The British news agency The Guardian quotes the Minister of Estonia K.Kallas, who wrote on Twitter that “visiting Europe is a privilege, not a right” and proposed to deprive the citizens of the Russian Federation of this “prerogative”. Finnish Prime Minister S. Marin, in an interview with a journalist from the public television channel YLE, supported her Estonian counterpart, referring to the special military operation as the main reason for depriving Russians of the right to "live a normal life."

German Foreign Ministry spokeswoman Andrea Sasse said that from August 10, the proposal to ban the issuance of visas not only to tourists from Russia, but also to journalists, activists, students, and relatives of EU citizens is on the agenda. Swedish Minister for Integration A. Igeman announced the agenda on tightening the visa regime with Russia. The Czech Republic also supported the ban on issuing visas to Russians, as stated by the head of the diplomatic department, Jan Lipavsky.

This process has already gone beyond allegations. Finland last week unveiled a plan to limit tourist visas for Russians, Estonia, Latvia, Lithuania and Poland sharply tightened visa rules. The French news agency AFP reports that under the pretext of a ban on the entry of Russian citizens to military installations, Russian visitors are denied access to tourist attractions, in particular, the medieval Château de Vincennes on the outskirts of Paris.

At the end of August, the foreign ministers of the EU countries are planning an informal meeting, during which they intend to discuss the issues of visa bans for Russians at the pan-European level. The news that the proposal to ban Schengen visas for Russian citizens was submitted for discussion by the European Union on August 11 was announced by the representative of the German Cabinet of Ministers Sch.Hebestrait on the website SchengenVisaInfo.com.

It should be noted that the opinions of European leaders on banning visas are still divided.

German Chancellor G. Scholz said that "sanctions should be directed against Putin and supporters of the war in Ukraine, and not against innocent citizens." Representative of the European Commission for Home Affairs A. Hipper in response to the recent initiative of Estonia, Latvia and Finland to ban all Russians from entering the territory of the bloc removed responsibility from pan-European institutions, noting the exclusivity of the right of each EU country “to make decisions on visa applications and, ultimately, deny Russian citizens.” The Guardian notes that some countries with traditionally close ties to Russia, such as Hungary, are likely to be strongly opposed to the ban.

The Deputy Chairman of the Security Council of the Russian Federation rightly compared Zelensky’s statement about “calling the entire population of Russia to account” with the ideas that Hitler was trying to implement. L. Slutsky, Chairman of the State Duma Committee on International Affairs, believes that "the proposals to close the entry of Russians are absolutely devoid of logic and are designed in the spirit of the reincarnation of the ideology of national segregation." Press Secretary of the President of Russia D. Peskov noted the futility of Zelensky's attempts to isolate the Russians and the Russian Federation.

The nature of Kyiv's power is no longer in doubt. Predictable and support for any Russophobic undertakings by the political leadership pursuing private geopolitical interests, Poland and the Baltic countries. However, if the adoption of solutions bordering on Nazism becomes possible at the international level, it is worth considering how in modern realities, European values ​​have been catastrophically distorted.

Not even a hundred years have passed since the defeat of Nazi Germany and worldwide condemnation of fascism. Apparently, the roots of the criminally dangerous ideology were not completely eradicated at that time. Today, the global clouding of consciousness has created a fertile ground in which the shoots of Nazism, like a weed, make their way to the surface and, step by step, gain the upper hand over the noble cultures.

There are two potential caveats:

First: Those people who have served or are still serving as diplomats and consular officers know very well that visa processing between specific countries is arranged on the basis of reciprocity.

Second: The “Iron Curtain” once existed. Was it rational? No. That is why it has been lifted off. So, why it is intentionally created again? With what aim?